The 2nd PEERE International Conference on Peer Review 2020 will be celebrated as a fully open virtual event on 29 September – 1 October 2020.

We are currently in the process of rescheduling the conference as a virtual event but we hope we can meet in person in the near future.

Below you can take a look a the former non-virtual list of venues and a accommodation in lovely Valencia.

You will visit three different venues during the conference so you can fully enjoy Valencia every day (find below maps and directions to easy reach each point):

On Wednesday, 30 September, the conference will take place at La Nau Cultural Center, the oldest and most emblematic facility of the University of Valencia.

On Thursday, 1 October, the conference will be held at the School of Engineering of the University of Valencia.

On Friday, 2 October, the conference venue will be the Botanical Garden of the University of Valencia.

We strongly recommend to book a place in Valencia city center, where you can find a variety of hotels of all categories and prices. A nice area to look for a hotel is Ciutat Vella (Old City) and the City Hall is a good reference point to reach both the conference venues and the airport. More on accommodation at the bottom of this page.

It is highly recommended to book your flight and hotel well in advance. Please, note that Valencia will be celebrating its festivity, Las Fallas, beginning the weekend after the conference. Las Fallas is in the UNESCO’s list of Intangible Cultural Heritage and the occupancy will be very high.

Wednesday, 30 September – How to get to La Nau Cultural Center 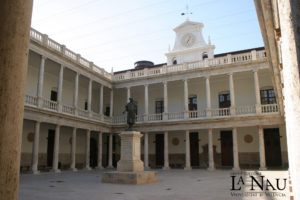 Apart from being the institutional seat of the Office of the Principal and the Office of the Vice-principal for Culture and Sport, La Nau is also the head of the office of the Historic Library and hosts the offices of several university services, including the departments of Culture, Heritage and Equality.

Thursday, 1 October – How to get to the School of Engineering of the University of Valencia

The School of Engineering of the University of Valencia (ETSE-UV) is located at the Burjassot-Paterna Campus and can be easily reached in about 30min by:

Conference Bus – Direct bus departing from València City Center and coming back after the last talk of the day. More information during the conference.

Metro + Tram – Take the Metro (Line 1) at “Plaza de España” stop, any train directed to “Bétera/Seminari” or “Llíria/Paterna” will work. Change to Tram at “Empalme” stop and take the train towards “Mas del Rosari/Lloma Llarga Terramelar”. Get off at “TVV” stop, located right at the entrance of ETSE-UV.

Just by Tram (Line 4) – You can get on at “Pont de Fusta” stop, use trams going towards “Mas del Rosari” or “Lloma Llarga Terramelar”, and get off at “TVV” stop, located right at the entrance of ETSE-UV.

Friday, 2 October – How to get to the Botanical Garden of the University of Valencia 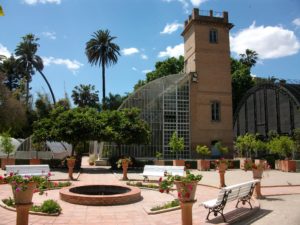 The Botanical Garden of the University of Valencia is a living museum located in the historical center of the city which is open to the public and aims to let people connect with the plant world by fostering its study, teaching, dissemination and conservation, as well as its sustainable use.

The Garden maintains a scientific collection of live plants, preserving a historic legacy of continuous cultivation, which includes monumental trees and historical buildings. Furthermore, it has the responsibility of maintaining the tradition of botanical gardens in Valencia, which date back to the 16th Century, when the university created a physics garden for the purpose of teaching medicine.

There are so many interesting hotels and apartments in the city center that pointing to a couple or three of them would mean discarding a lot of other good ones.

You can use this predefined search for choosing the one you prefer according to price and rating: Booking.com search for Valencia Old Town

Classical choices have been “Catalonia Excelsior”, “SH Inglés Boutique Hotel”, “Melia Plaza Valencia” or “Hostal Venecia”, but a number of other ones (e.g. ValenciaFlats and other apartment chains) are also very attractive as well as many other options with better prices.

We strongly advice against hotels near the “Valencia Conference Center” or the “Ciutat de les Arts i les ciències”, as they are quite far from all the venues.